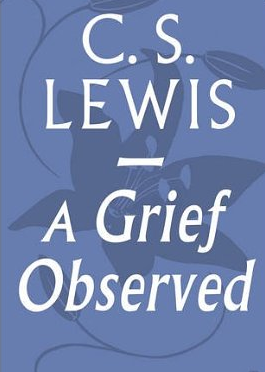 CS LEWIS (1898-1963) was one of the intellectual giants of the twentieth century and arguably one of the most influential writers of his day. His most distinguished and popular accomplishments include Out of the Silent Planet, The Great Divorce, The Screwtape Letters, and the universally acknowledged classics, the Chronicles of Narnia. Nevertheless, CS Lewis was also a devoted husband who married late in life and like many widowers of that era was unprepared for the death of his wife to cancer. He had also lost his mother to cancer when he was quite young.

In this slim volume CS Lewis attempts to unravel what grief is and questions and challenges his own beliefs without cynicism or proselytising. This book got me through several of my own ‘dark days’ and is the one I most often recommend to others who are recently bereaved and follow a faith. It is quick and easy to read when you do not feel like concentrating too much, yet it speaks directly to your feelings and emotions. Most recognise themselves in this text, whether or not they follow a particular faith, especially when he describes the physical and emotional turmoil a person can find themselves in immediately after a death.

This is also a good book for counsellors and psychotherapists who want to develop a greater understanding of the nuances of grief for the widower. It is a book to keep or pass on to others.