C is for CEMETARY 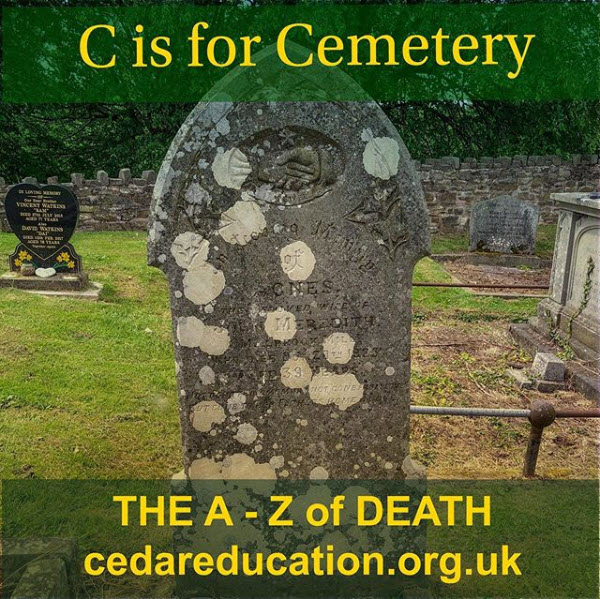 The history of #cemeteries and #burial is long and fascinating as it varies so much with cultural traditions. Specific Christian burial service started around the 7th century, originally outside the city walls but then brought inside where the cemetery became attached to a church and was known as a graveyard. Usually the bodies were buried in a communal pit and then the bones reburied in an #ossuary once they were clean of flesh. #Gravestones in England only became common around 1650, going through different fashions in decoration, depending on wealth and social standing. Eventually it became harder and harder to find space for dead bodies leading to the rise of #cremation. #azofdeath#death