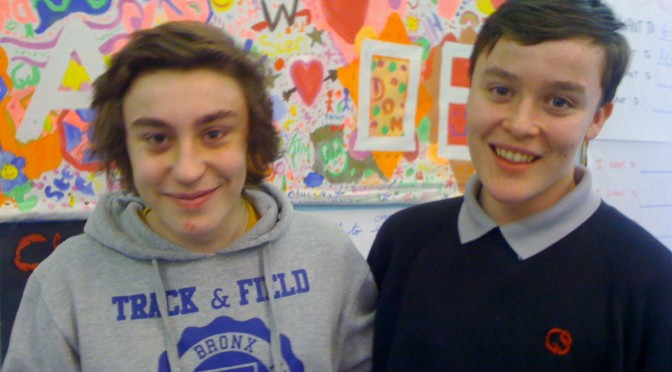 Recently CEDAR CIC hosted a luncheon and invited along previous attendees of one of the Life lessons workshops. These were students from The Grange high school in Shrewsbury, together with representatives from The Youth Health Champion programme that have been working with and supporting CEDAR Life lessons.    Also CEDAR had the honour of a special guest Mr Giles Wilmore who is Director for Patient & Public Voice & Information, NHS England. The luncheon was a chance for Mr Wilmore to speak with and hear the views of the young people who have been through the CEDAR Life Lessons training and find out first-hand how they found it.  During a buffet lunch provided by the school caterers, Mr Wilmore asked the group of young people what enticed them to volunteer to attend the Life Lessons as he knew what the pressures are when it comes to speaking about death and bereavement with other people.  One of the participants spoke up and said “it helped them to understand more”. It was also explained by one of the pastoral care workers how they found the young people responded to the lessons and could open up more easily during the life lessons “as there were no parents or teachers with them, so this enabled them to offload more easily”.    Mr Wilmore then discussed how it is important to give people a voice.  Judith Wester, Director of CEDAR CIC, explained that sometimes in the medical profession, as a patient, it is difficult to feel comfortable talking to doctors about the topic of death, and how this is the same for everyone, and so by giving somebody the tools and a voice in order to be able to talk about death is important.

Mr Wilmore relayed his own personal experiences with the group at this point, and expressed how he found it difficult at first to be able to talk to others and understood this concern and the need for assistance to be able to do this. He asked about other support that the young people may have had other than CEDAR with their bereavement and how it differed in its approach.  One young participant said that with CEDAR Life Lessons they “didn’t feel any pressure to talk about it”.

After being asked by one of the young participants how they could find out more about how to help others, Judith Wester explained that there are further classes that can be taken, ‘Good Grief’ being the next stage in learning, but also she relayed an opportunity to work as volunteers as their training would now benefit other peers, and their siblings, at a hospice for example.

Judith was also asked by one young participant “How does it make you feel when people come up to you and say they need you, and you give them ideas on how to cope?”  Judith replied by saying it made her “feel whole, because when loss is felt you feel incomplete, as if something has been taken away from you, but through giving back to help someone else it makes you feel more complete again.”

Mr Wilmore also expressed his passion for helping others through volunteering with the Samaritans charity and explained what it was like to be on the end of a phone supporting others in need.