H is for HEART 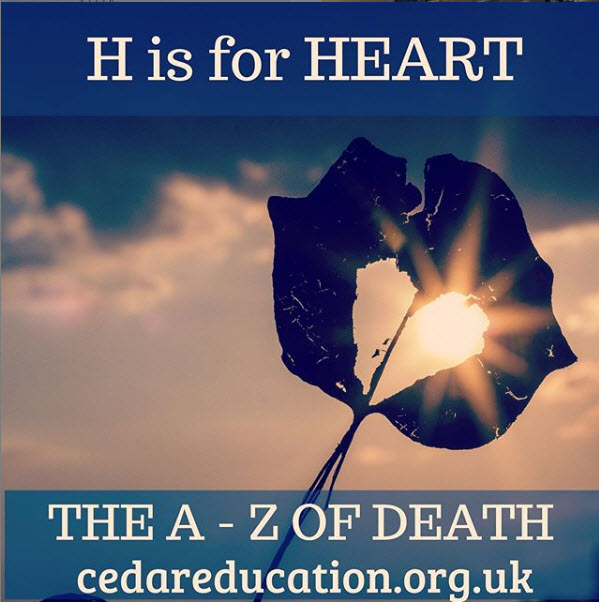 When someone we love dies, we feel it in our body – the ache of loss goes right through us and nowhere more so than in our ‘broken heart’. Did you know though, that it is medically possible to die from a broken heart? The name for this condition is Takotsubo Cardiomyopathy or Broken Heart Syndrome and it can be brought about by stress hormones such as adrenalin, released during times of great sadness. Women are more affected than men, in particular women aged between 60 and 70. Fortunately death is infrequent and symptoms are treatable. Historically, as recently as 1870, it was reported in the British Medical Journal that a young man had died of ‘disappointment’ after his engagement was broken off and of course literature is full of star-crossed lovers who part and subsequently die. There are even references in the Bible from Old Testament times to broken hearts, and the Welsh goddess Branden is reported in the Mabinogion as having died from insufferable grief following her unhappy marriage. Once you have suffered from a painful bereavement, you would have no doubt that it feels as if a broken heart is part of the process. #grief#bereavement#death#azofdeath#brokenheart#brokenhearted#grieving#grievingprocess