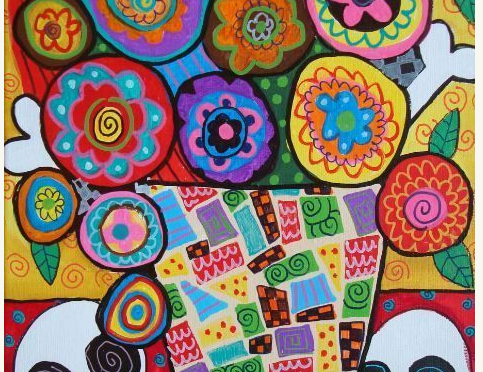 By Nichole Force from PsychCentral.com

Humor has long been recognized as more than mere fun and games. It presents an alternative means of expressing criticism about injustices, arrogance, pretentions or hypocrisies that can’t socially (or legally) be expressed otherwise.

Court jesters could say things to the royals “in jest” that others would have been beheaded for uttering. When King James I of England had trouble fattening up his horses, court jester Archibald Armstrong reportedly suggested that His Majesty make the horses bishops and they would fatten in no time.

Most people know that schadenfreude, defined as satisfaction or pleasure experienced as a result of the misfortunes of others, is of German origin. But most aren’t aware that “gallows humor” was also coined by the Germans. The original term, galgenhumor, has been traced to the 1848 revolutions and refers to cynical humor that derives from stressful or traumatic situations. Antonin Obrdlik said that “gallows humor is an index of strength or morale on the part of oppressed peoples,” and it has historically been associated with the persecuted and condemned.

An example of gallows humor can be seen in the Soviet-era joke in which two Russians debate who is greater, Joseph Stalin or Herbert Hoover. “Hoover taught the Americans not to drink,” says one. “Yes, but Stalin taught the Russians not to eat,” replies the other. Placing a comical spin on dire circumstances that are outside one’s control was an effective coping mechanism long before the Germans named the phenomenon, and continues to serve the oppressed, victimized and suffering today.

Gallows humor often is viewed as an expression of resilience and hope that has the power to soothe suffering. When the minority has few tools to combat an oppressive majority, gallows humor can be used as a sort of secret, subversive weapon. The danger that ridicule poses to those in power is captured by the Italian phrase Una risata vi seppellirà, which translates to “It will be a laugh that buries you.”

The fear of the weapon of humor was alive and well in Nazi Germany, and it was dangerous business. The legal code of the time reflected Joseph Goebbels’ interpretation of the political joke as “a remnant of liberalism” that threatened the Nazi state. Not only was joke-telling made illegal, but those who told jokes were labeled “asocial” – a segment of society frequently sent to concentration camps. Hitler’s second-in-command, Hermann Goering, referred to anti-Nazi humor as “an act against the will of the Fuehrer… and against the State and the Nazi Government,” and the crime was punishable by death. Article III, section 2 of the 1941 code (the Reichsgesetzblatt I) stated: “In cases where it is not specifically provided for, the death penalty will be imposed whenever the crime reveals an unusually low mentality or is especially serious for other reasons; in such cases the death penalty may also be imposed against juvenile criminals.” Since Nazi informants could be within earshot at any given moment, it was important to hold one’s tongue and suppress any witty desires. A Nazi prosecutor revealed that he determined the severity of punishment for a joke based on the following theory: “The better the joke, the more dangerous its effect, therefore, the greater punishment.”

In 1943, SS Commander Heinrich Himmler went even further in the fight against comical assaults on the Nazi authority when he issued an order making it a criminal act to name domesticated animals “Adolf.” Whereas all citizens living under Nazi rule were subject to these anti-humor laws, Jews were more likely to be sentenced to death while non-Jews typically received only brief prison terms or fines.

In Treblinka, where a day’s food was some stale bread and a cup of rotting soup, one prisoner cautions a fellow inmate against gluttony. “Hey Moshe, don’t overeat. Think of us who will have to carry you.”

The fact that humor persisted in and out of concentration camps during the Nazi era despite potentially harsh repercussions demonstrates the vital role it plays in human resilience and survival. The inherently soothing and reassuring qualities that gallows humor confers seem to create a buffer of sorts between the sufferer and the source of the suffering. Without this buffer, the pain would be unremitting – the sadistic intention of the Nazi regime. That is what made it worth risking everything for.

Concentration camp jokes reflected an acute awareness of the dire conditions and tragic fate that awaited its denizens. Since such awareness would naturally produce a state of profound depression the fact that it produced an opportunity for brief pleasure indicates that the jokes served to counteract the effects of depression. In much the same way that the release of white blood cells is the body’s natural means of combating an intruding infection, gallows humor and humor in general could be the natural psychological means of combating an intruding depression.

A study published in the December 4, 2003 issue of Neuron reported that humor has similar effects on the brain as drug-induced euphoria. Using functional magnetic resonance imaging (fMRI) scans, the researchers measured brain activity in 16 adults viewing funny versus non-funny cartoons. The brain scans indicated that humor not only stimulated the language processing centers of the brain, but also stimulated the reward centers, leading to the release of dopamine, a powerful neurotransmitter involved in the regulation of the pleasure-reward system.

Although laughter may seem impossible when immersed in the depths of depression, humor-based therapies may present a viable option for enhancing brain chemistry and regulating the pleasure-reward system. Some form of humor therapy could, therefore, potentially help recalibrate the pleasure-reward centers of the depressed and anxious.

Theorist Martin Armstrong, who wrote about the function of laughter in society, may have said it best when he wrote, “For a few moments, under the spell of laughter, the whole man is completely and gloriously alive: body, mind and soul vibrate in unison… the mind flings open its doors and windows… its foul and secret places are ventilated and sweetened.”

Nichole Force is a doctoral student in Psychology and a member of Mensa, the high-IQ society. She has a Master’s degree in Counseling Psychology from Loyola Marymount University and believes laughter is the best medicine. Nichole studied improvisational comedy at the world famous Groundlings Theatre in Los Angeles, sketch comedy at the ACME Comedy Theatre in Hollywood, and is a Los Angeles-based freelance writer. She is the author of Humour’s Hidden Power: Weapon, Shield and Psychological Salve.