I is for IMMORTALITY 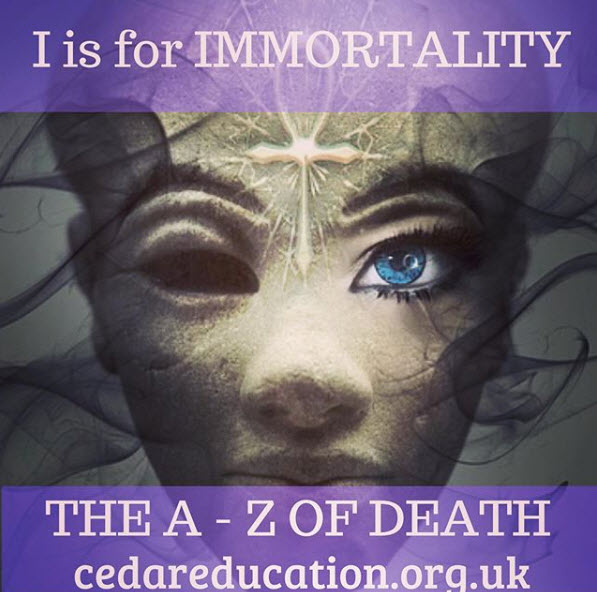 Humans have always sought #immortality – the idea that death can be transcended and life will continue on another plane or in another form. The author Ernest Becker, in his book The Denial of Death, posited the theory that human life consists of the physical and the symbolic world and that within the symbolic we strive to be connected to something that has meaning, that will continue after physical death. Religion has traditionally fulfilled this role but is ceasing to have the meaning and weight it once had. Others argue that it is precisely because our life is limited that this meaning exists – if immortality was possible and life never ended, everything becomes pointless.
However, #Transhumanists desire immortality and believe that science has the answer to everlasting life – and that is is within the grasp of humans within the next 50 years or so. To this end some people have been #cryogenically frozen after death, awaiting a time when sufficient advances have been made for bodily revival to take place. #death#dying#everlastinglife#immortality#azofdeath#cryogenics#denialofdeath#ankh