Katy’s Blog #5–Away with the birds 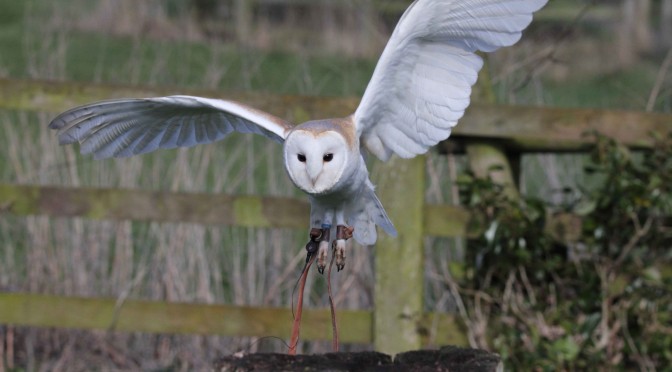 There was much excitement observed today as the final day of Life Lessons was held at Feather Perfect Falconry. The wonderful environment made everyone feel relaxed and straight away we were introduced to a bird of prey.

Now, many would wonder – including me – what have birds got to do with learning about death and dying? My question was answered as I heard the tale of an American kestrel called ‘Ickle’, who had lost a mate and as a result became a very nervous, timid bird that wouldn’t eat or make a sound due to apparent grief over the loss of its partner. As a result, in order for Ickle to survive he had to be protected by the falconers and in time became the strong bird we saw in front of us now chirping away happily. After hearing Ickle’s story, the relationship between animals and death seemed more obvious. These animals were birds of prey, they have to kill and hunt, they have to survive, they may also respond to loss – they are animals and so are we.

As part of this life lesson, we all had the great opportunity to hold a bird of prey and to watch many varieties in action. Everyone participated and enjoyed holding the birds, which once held gave such a feeling of awe it was impressive. Holding the birds of prey for me felt like holding something powerful and to see the detail of their wings close up really made everything in our human life seem so unimportant in comparison to their majesty. They truly were beautiful animals. Everyone learned about the birds feeding habits and behaviour, and being meat eaters, we were shown a rabbit and how it becomes their food- but to my surprise even one vegetarian in the group turned around and said it was important to see and learn about life in this way. What a truly remarkable person!

The Life lessons on death and dying really were fascinating to everyone and each came away from the day with their certificate and new found knowledge of death, dying and loss. The most amazing thing I observed over the three days, was how each person came away with an eagerness to go out and communicate all they had learned to other people. They were eager to talk with others now about death – who’d have thought it – and with a smile on their faces!